Nutrition and Health Benefits of Sprouted Seeds and Grains 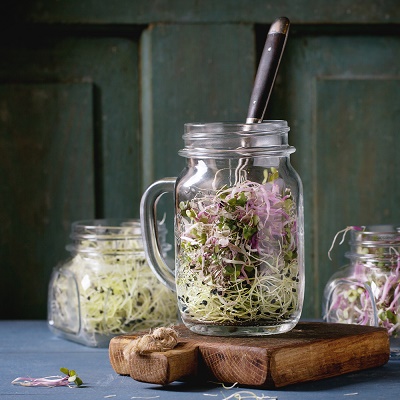 Sprouted foods are something most people consume on a daily basis without even knowing it. There are two main types of sprouted foods and they are sprouted grains and sprouted seeds.

The most common sprouted seeds include: alfalfa, coriander, pumpkin seeds, and muskmelon seeds.

Take a few minutes to read about the health benefits of both types of sprouted foods and see if any can be beneficial to add to your daily diet!

There is no official definition of sprouted grains, but they are essentially just whole grains that are stopped in the middle of their growing process. They are placed into products such as bread or cereal after they have sprouted, but before they become an actual plant. END_OF_DOCUMENT_TOKEN_TO_BE_REPLACED